Home / Article: Canadian upholstery makers: down but not out

Canadian upholstery makers: down but not out

In many ways, the past few months have been a godsend to most Canadian upholstery manufacturers. Despite, or perhaps because of the pandemic their backlogs haven’t been this long since the bygone days when the Canadian dollar was trading for 75 cents U.S. or less. This boom isn’t going to last forever, something that isn’t lost on the men and women who are leading these companies in their fight to survive and thrive in a rapidly changing world.

It’s also an open secret there’s less Canadian-made upholstery on furniture store floors in this country at this point in 2020 than in the industry’s history. An overview of the data published by Statistics Canada and Innovation, Science and Economic Development Canada (formerly Industry Canada) reveals a number of disturbing trends that collectively suggest this country’s upholstery manufacturing sector is losing ground both at home and in its sole significant export market – the United States. 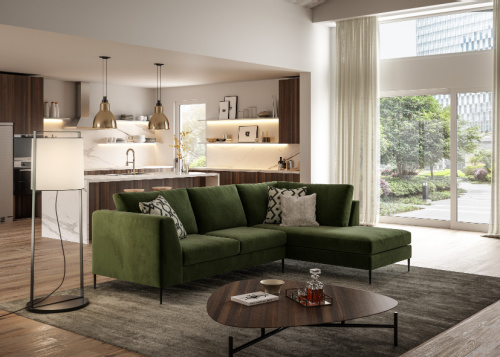 According to that data, at the end of 2012 there were 254 businesses in this country identified as upholstery manufacturers. In June 2020, this had fallen to 153 – with less than half declaring they employed more than one person. The overwhelming majority are in Ontario, Quebec and British Columbia. There are a handful in Alberta and Manitoba with one each in Newfoundland & Labrador and Saskatchewan. The sector is dominated by some two dozen firms, which range in size from Palliser – still held to be this country’s largest upholstery manufacturer – to a collection of 20 or so producers most of whom specialise in partnering with independent retailers. Then there are an unknown number of one and two-man shops crafting bespoke sofas that are often found in out-of-the-way places across the country.

An analysis of shipment data suggests by the end of 2019, the average output for a Canadian upholstery manufacturer was valued at $3.27 million – down from $5.58 million just a few years before.

Collectively, Canadian manufacturers accounted for only 19% of the apparent market (the value of industry shipments less exports plus imports) for upholstered furniture at the end of 2019. They have been losing ground for the most of the past 15 years, but they suffered most heavily when the price for Canadian produced oil skyrocketed in the years immediately following the financial crisis of 2008, thereby strengthening the value of the Canadian dollar (particularly against the U.S. greenback) to record heights. This makes upholstery exports more expensive and upholstery imports less expensive.

Today, upholstery manufactured and imported from the People’s Republic of China accounts for approximately 45% of the apparent market for upholstery in Canada – up from 40% in 2014. Their share of the market is 2½ times larger than that of Canadian producers.

Conversely, the United States is the only targeted export market for Canadian upholstery manufacturers. In fact, the retailers in the U.S. currently consume roughly 45% of all Canadian upholstery production. Shipments to other trading partners – such as the European Union, the United Kingdom and the Middle East – are miniscule in comparison. As the U.S. falls out of favour with Canadian retailers, there are a handful of other countries moving in to compete with China. The most noteworthy of these are Vietnam, Italy, Poland, Malaysia and Mexico.