HIGH POINT, North Carolina – With the ongoing COVID-19 pandemic unfolding in unpredictable ways, it’s been difficult for Canadian furniture professionals to commit to travelling to the big-name industry events, such as the High Point Market (HPM), which opens for its typical five-day run here this Saturday morning.

Having said that, many of the 56 or so Canadian exhibitors who are heading to the High Point Market are optimistic they’ll be able to network with even more colleagues and customers – especially since pre-entry COVID tests will no longer be required for fully vaccinated travellers entering Canada starting April 1.

“I looked at our guest list and there are a lot of Canadians going. Not necessarily more than I would have expected but I was surprised,” says Jade Merriman, vice-president of the Vancouver-based furniture and accessory distributor LH Imports, adding she expects to see a lot of customers from the east coast over the course of the show. 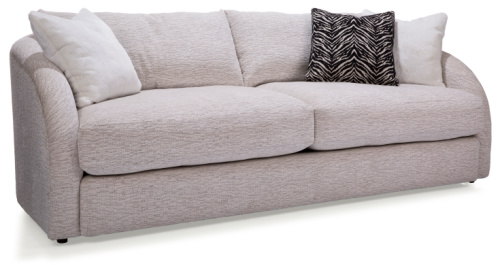 “It’s like Disney World [for furniture]. We’ve got about 50 confirmed retailers from Canada, which is pretty good. Even the fact that they’re confirming bookings is great,” she added.

HPM, which is slated to run from April 2 to 6, is the largest furniture trade event in the world. Held twice a year, each event typically attracts over 75,000 people and boasts more than 2,000 exhibitors with showrooms in some 180 buildings scattered throughout this city in the western part of North Carolina.

Despite the pandemic, a troubling war in Europe and lingering supply chain challenges, Canadian exhibitors told Home Goods Online they believe the show will be well attended, even if Canadian attendance isn’t back up to 2019 levels.

“We are hopeful to have possibly 50% of the normal Canadian attendance we would have had at a pre-COVID market,” says Luke Simpson, president and chief executive officer of the Durham, Ontario-based solid wood case goods specialist Durham Furniture.

Other exhibitors also expect more of an east coast presence at the show.

“Approximately half of my buyers will attend but keep in mind I’m referring to my west coast clients only, east coast I would expect much more based on ease of travel time and flights available,” says Gary Christianson, sales and marketing director for Mobital, the modern furniture specialist based in Laval, Quebec.

Others believe HPM will host the most robust Canadian attendance in a while.

“I definitely think this will be the best-attended show in a long time by Canadian buyers, especially since you won’t need to get a COVID test to come back over,” says Frank Rinella, sales and marketing director for sofa bed specialist Sealy Sofa Convertibles.

“I think there’s a pent-up need to get back out and see what’s new and fresh and what’s happening and see and connect with your suppliers. What’s the market about? It’s about seeing, touching, feeling,” he continued, adding, “It hasn’t been just six months. For some customers, it’s been years. Seeing pictures just isn’t the same thing because sometimes you don’t know what you’re looking for until you see it.”

While he isn’t sure exactly how many people will be attending, Rinella says he’s optimistic. “Things are still in flux at this moment but we’re hearing more positive things about buyers coming to the market and with these most recent [COVID-related] changes in Canada, that might open the door for more to come.”

“We show [customers] with our own examples of travelling to these trade shows. No one on our team has contracted COVID from travel. We’re very careful. We mask, we sanitize our hands, etc. We push the market to make testing easier and at no charge to international travelers.” 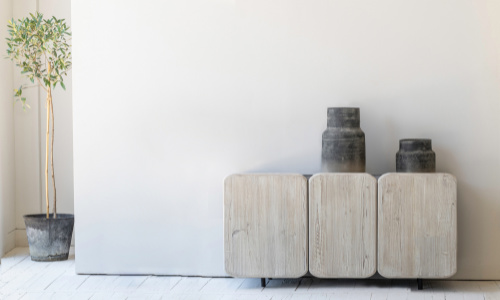 Lovett says with reduced travel restrictions, people who might have been hesitant about delays and inconveniences related to mandatory testing are now considering resuming in-person attendance at shows such as High Point.

“It’s very difficult [to get tested to return home] when you’re actually working in a showroom at a tradeshow and it made things stressful for us. These changes are a huge relief and I think people who were on the fence before will now be more encouraged to go,” he says.

As for whether exhibitors are doing anything out of the ordinary to attract Canadian buyers to the market, some are going the extra mile to increase traffic to their showrooms.

“We’re doing a waffle day on Sunday morning from 8 am to 10 am,” says Merriman from LH Imports.  “We’re inviting our customers to come out and we’re doing it to say hi to everyone.”

“We are serving lunch daily to customers who have active accounts, and that’s something new that we haven’t done for some time,” says Sunpan’s Lovett.