MISSISSAUGA, Ontario – The chief economist for the Canadian Manufacturers & Exports Association (CME) will share his views on the state and outlook for this country’s economy during his keynote address at the upcoming Canadian Home Furnishings Alliance’s awards gala that will be held at the International Centre here on the evening of 24 May.

In a statement, the CHFA noted Mike Holden has more than 20 years of experience as an economist and public policy. He leads CME’s economic analysis and forecasting functions and plays a key role in policy research and setting CME's strategic agenda for government advocacy on behalf of manufacturers and exporters across Canada. 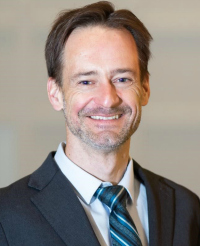 As the director of CME’s major research projects, Holden has written on a wide range of issues important to manufacturers including tax competitiveness, NAFTA (North American Free Trade Agreement) and female representation in the manufacturing workforce. In addition, he regularly speaks across Canada about the economy and the issues and challenges facing Canadian manufacturers.

At one time, Holden was the senior economist at the Canada West Foundation, where he managed the foundation’s economic analysis and fiscal policy research agenda. He worked on several major public policy issues including energy development, fiscal federalism, infrastructure investment and resource revenue savings.

He also spent nine years in Ottawa at the Library of Parliament, providing research and analysis to Members of Parliament on a range of economic, policy and trade issues. He was lead analyst for both the House of Commons Standing Committee on International Trade, and the Canadian section of the Pan-American parliamentary association.

In addition to Holden’s presentation, the evening will honor the 2019 recipient of the Lifetime Achievement Award – Daniel Walker, president and chief executive officer of high-end upholstery maker Jaymar Furniture – and this year’s Retailer of the Year, Paul Hogeboom, the owner of 12 La-Z-Boy Furniture Galleries in the Greater Toronto Area.

The evening will also host the recipients of the 2019 Retail Sales Professional Awards.

The gala will be held in the International Centre’s Orion Ballroom and festivities will begin with a reception beginning at 5pm, followed by dinner at 7pm and the awards presentations at 8pm.

For tickets, sponsorship or more information about the event, its web site is located at www.chfawards.ca/ or call CHFA president Murray Vaughan at (905) 678-4678.