OTTAWA – The Canadian International Trade Tribunal (CITT) has determined imports of motion furniture and leather stationary upholstery from the People’s Republic of China (PRC) and the Socialist Republic of Vietnam have materially injured producers of similar products in this country, paving the way for long-term anti-dumping duties to be levied against them.

Last month, the Canada Border Services Agency (CBSA) has imposed countrywide dumping margins ranging from 9.3% to 102% for 32 manufacturers based in the PRC and 9.9% to 179.5% for eight manufacturers in Vietnam. It also determined dumping margins against three other companies who produce furniture in those countries for sale in Canada including Ashley Furniture Industries (50.3%), Restoration Hardware (136.4%) and Wendelbo Interiors A/S (49.9%). 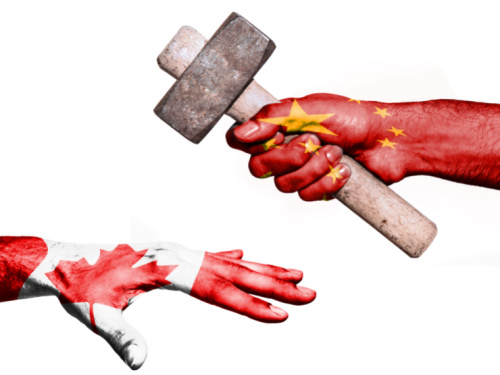 A three-member panel of the CITT issued a unanimous finding in the favour of the five Canadian manufacturers who filed the original complaint with the CBSA last December. They are expected to publish their Statement of Reasons for the decision sometime over the next ten days.

The five complainants were Palliser Furniture, supported by Elran Furniture Ltd., Jaymar Furniture Corp., EQ3 Ltd. and Fornirama Inc. Although not part of the original complaint, fabric upholstery specialist Brentwood Classics has indicated to the CITT it supports the action.

Opposing the imposition of the duties was the Toronto-based Retail Council of Canada (RCC), which includes a large number of furniture and mattress retailers among its members. Indeed, Mike Walsh, president and chief executive officer of Leon’s Furniture Limited (LFL) sits on the association’s board of directors.

In an interview with BNN Bloomberg after the CITT released its findings, RCC president and CEO Diane Brisebois expressed considerable anger with the decision.

“Let me be clear, we will keep fighting this,” she told BNN’sTemur Durrani last Friday. “This is a ridiculous, disappointing and devastating way of ignoring the future of Canadian retailers and we’re exploring all options to appeal this decision.”

However, Palliser president and CEO Peter Tielmann told BNN he was pleased with the decision, believing it will help level the competitive playing field. “I think the Retail Council should accept it for what it is and work with everyone on the same page,” he said.

"We want to be able to compete with everyone,” Tielmann added. “But that can only happen if there’s fair play involved — not what China and Vietnam were doing. All this does is just level them out to the same prices as everyone else.”

He also intimated if the decision had been different, it’s possible Palliser – as well as others – might have left Canada to set up shop elsewhere. “Now, we can actually create jobs and have Canada-made products at Canadian sales floors from coast to coast,” Tielmann said.

Brisebois dismissed this. “To assume manufacturers are the only ones creating jobs is just preposterous,” she said, adding, “At the end of the day, this will affect regular customers who need to be prepared to pay a whole lot more for their sofas, beds and other furniture. That’s why we’ll keep fighting for them.”

Related Story: CBSA hands down dumping margins as high as 179%

Related Story: Tariffs: the reasons why

Related Story: Tariffs: the reasons why not

Related Story: CITT to include fabric upholstery in injury investigation