MISSISSAUGA, Ontario – The Canadian Home Furnishings Alliance (CHFA) has named veteran manufacturing executive Daniel Walker as its 2019 Lifetime Achievement Award honouree while presenting this year’s Retail of the Year Award to this country’s 32 independently owned and operated La-Z-Boy Furniture Galleries. Both will be feted at a gala to be held on the opening night of this year’s Canadian Furniture Show.

“The CHFA established the Lifetime Achievement Award to recognise those individuals who, over their careers, have made exemplary and sustained contributions to the Canadian home furnishings industry,” John Power, chairman of the CHFA’s events committee, said in a statement. “Daniel, his family and forefathers have been part of the Canadian furniture manufacturing world for well over 30 years and has been instrumental in fashion forward in Canadian case good and upholstery design and production techniques.” 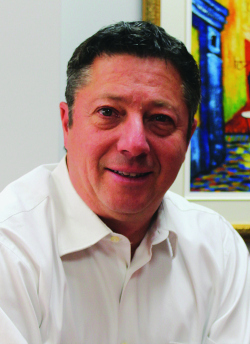 Walker is president and chief executive officer of leather upholstery specialist Jaymar, whose factory and head office is located in the Montreal suburb of Terrebonne. He bought the company – was founded in 1956 by Canadian industry icon George Reinitz – in 2014 from the Bermex Group. He was the group’s chief executive officer at the time.

He also served on the Quebec Furniture Manufacturers Association board of directors for 11 years, from 2004 to 2015.

“The Retailer of the Year Award is dedicated to recognizing exemplary models of excellence and community services by Canadian furniture businesses,” Power said, in announcing its bestowal on the Canadian arm of La-Z-Boy Furniture Galleries. “The group of independent Canadian retailers making up this iconic brand has flourished in recent years. Most notably the expansion of its presence in the Greater Toronto Area, now with a total of 12 stores owned and operated by Paul Hogeboom. Their Canadian network has over 32 stand alone locations employing well over 500 Canadians.”

Hogeboom will be accepting the award on behalf of the network, which is part of the retail arm of La-Z-Boy, the publicly-held motion furniture manufacturer based in Monroe, Michigan. The company operates a network of about 300 corporately-owned and licensed stores across North America. 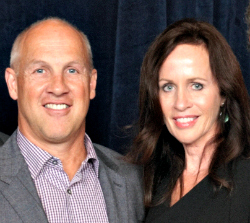 Hogeboom’s store in Burlington, Ontario was ranked at number nine of the top ten best performing La-Z-Boy Furniture Galleries stores in 2014. It held the same ranking the prior year and consistently placed in the top ten for a number of years. The Hogebooms were also named La-Z-Boy’s Retailer Partner of the Year in 2011.

Last year, City Furniture & Appliances was named Retailer of the Year for Western Canada. The distinction for Eastern Canada has been awarded to Germain Larivière.

This year’s Canadian Home Furnishings Award gala will return to the Orion ballroom of the International Centre here, which also houses the Canadian Furniture Show. For the past three years, the event had been held at the Universal Event Space.

Instead of being held on the evening before the show opens, this year the gala will close the show’s opening day – Friday, 24 May.

“We have teamed up with the Canadian Furniture Show to better co-ordinate our events to better serve our joint customers,” Power said. “These changes will make it more convenient for the attendees to the awards gala and furniture show.”

The gala will also feature the presentation of the 2019 Retail Sales Professional Awards.

For tickets to attend the gala, or for more information, contact CHFA president Murray Vaughan by telephone at (905) 678-4678 or by e-mail at [email protected].