TORONTO – The organisers of the Canadian Furniture Show (CFS) have announced they will not proceed with the 2020 edition of this country’s only national industry trade event, which was originally scheduled to be held at the International Centre here next from 16 to 18 January.

“Since the relaunch of the show in 2015, we have implemented many suggestions brought to us by various collaborators. We invested a lot of time, money and effort but the results simply didn’t justify continuing in this direction,” Tony Melis, who was named CFS director earlier this year, said in a statement. 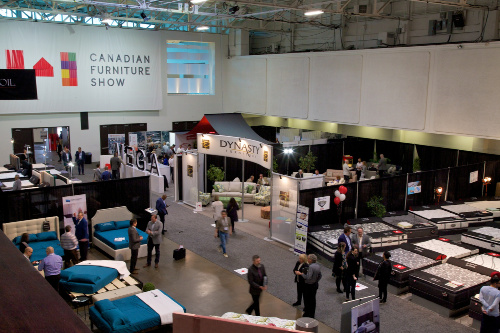 First held in 1972 and owned and operated by the Montreal-based Quebec Furniture Manufacturers Association (QFMA), the show – commonly known as the Toronto Market – helped shape the Canadian furniture industry and brought buyers and sellers together under one roof.

The cancellation means there will not be an open furniture trade event held in this country, at least for the foreseeable future. Cantrex Nationwide, the Montreal headquarter buying group is expected to hold its Cantrex PrimeTime event in Ottawa for three days over the weekend of 21 September. While it will host a buying show for the last day of the convention, it is only open to group members.

For the past few years, the Canadian Home Furnishings Alliance (CHFA) has held an informal event called the Toronto Winter Furniture Show in January at roughly the same time as the winter edition of the Toronto Gift Show. Exhibitors in this event have permanent showrooms in reasonable proximity to the International Centre and the Toronto Congress Centre, where the gift show is held.

“Both the furniture and the tradeshow landscapes have changed tremendously over the years. Our decision reflects this change,” said Gilles Pelletier, president and chief executive officer of both CFS and the QFMA. “It was a difficult decision, but one that had to be made. After surveying stakeholders since May, we came to the conclusion that the show could not continue in its current format.”

Held this past May, the 2019 edition of CFS was perhaps the smallest in its history, hosting only about 135 or so exhibitors.

At press time, it wasn’t known whether the CHFA will organise a winter show for its members with permanent showrooms in Toronto. The social highlight of CFS each year has been the Canadian Home Furnishings Gala, which introduces that year’s recipient of the Retailer of the Year and Lifetime Achievement awards. A new platform will have to found for that event.

“The show team cares deeply about the industry and knows this news will be disappointing to some,” Pelletier added. “We would like to thank everyone who has contributed to the show over the years: exhibitors, visitors, show partners, collaborators and team members.”