WINNIPEG – Are upholstery producers based in Vietnam and the People’s Republic of China illegally dumping their goods onto the Canadian market? The Canadian Border Services Agency (CBSA) will attempt to answer that question in response to a complaint from a group of five Canadian furniture manufacturers led by Art DeFehr, chairman of Palliser Furniture.

Made under the Special Imports Measures Act (SIMA), the complaint says Palliser and at least four other Canadian manufacturers are seeking protection “from larges volumes of unfairly dumped and subsidised goods from China and Vietnam.” The others include three Quebec-based manufacturers – Elran, Jaymar and Fornirama – as well as EQ3, which is allied with Palliser by common ownership. 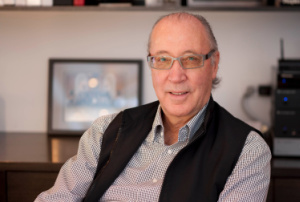 The complaint specifically targets both leather and fabric covered motion, home theatre and reclining upholstery – as well as sofa beds – imported from Vietnam and the PRC. It also includes stationary upholstery covered either entirely or partially in leather or leather substitutes. It excludes fabric-covered stationary upholstery, contract furniture and leather furniture from other countries such as Italy.

“We firmly believe several Asian countries have used aggressive policies to promote certain industries and this has included upholstered furniture,” DeFehr said in a recent interview. “Imports have captured 50% of the U.S. upholstered furniture market and 80% of the Canadian market. China and Vietnam are the most important importers into both markets and cause the greatest damage to domestic industry. Canada has a much smaller population and the greater penetration of imports in our market reflects the challenge of competing against subsidized exports.”

The apparent market for upholstery
Data published by both Statistics Canada and Innovation, Science and Economic Development Canada (formerly Industry Canada) reveals a number of disturbing trends that collectively suggest this country’s upholstery manufacturing sector is losing ground both at home and in its sole significant export market – the United States.

It should be noted while the complaint to the CBSA focuses on both leather and fabric motion furniture and leather stationary upholstery, neither Statistics Canada nor Innovation Canada track either category separately from all other types of upholstery made for residential use.

A quick review of the data shows total upholstery shipments by Canadian manufacturers fell for the second consecutive year in 2019 to $560.4 million – their lowest point in the past decade. This figure tallies the work of the 150 or so upholstery makers in this country, which range in size from Palliser – which is this country’s largest upholstery manufacturer – to an unknown number of two-man shops crafting bespoke sofas often found in out-of-the-way places across the country.

It also includes exports. While these sales have fallen slightly in each of the past two years – as well as in the first half of 2020 – exports account for more than 45% of Canadian upholstery shipments. Indeed, shipments of all categories of upholstery to Canadian retailers by Canadian manufacturers have steadily lost ground for much of the past few years.

In its submission to the CBSA, the complainants estimated the value of Canadian-made motion and leather stationary upholstery shipments to Canadian retailers at $139 million in 2019 – down 5% from the year before.

While overall domestic upholstery shipments have been falling, imports have been gaining ground. In 2019, imports from all countries were valued at $1.28 billion, accounting for 80% of the apparent Canadian market. In fact, imports have commanded the lion’s share of the market for at least the past decade.

Vietnam, which also remains a communist dictatorship, is one of the world’s fastest growing furniture producers. Indeed, upholstery imports from that country doubled in value in the five years between 2015 and 2019, when they broke the $100 million mark for the first time, securing a Canadian market share of 7.3%.

The brief to the CBSA conservatively values imports of motion and leather stationary upholstery from the PRC at $369 million last year, up 4% from 2018. From Vietnam, they were estimated at a minimum of $57 million, up 24%.

By comparison, the market share enjoyed by Canadian upholstery manufacturers was just under 19% in 2019 – down from its recent peak of 29.5% in 2017.

The apparent market for upholstery in Canada – that is the value of domestic shipments less exports plus imports measured in wholesale prices net of sales tax – advanced slightly in 2019 to $1.58 billion after contracting by more than 10% the prior year from its five-year high in 2017.

The need for protection
In the complaint to the CBSA, the group’s lawyers – the International Trade Group of national law firm McMillan LLP – said the “unfair practices of dumping and subsidisation by the governments of China and Vietnam” have deprived domestic manufacturers of the “opportunity to earn a profit on a level playing field. 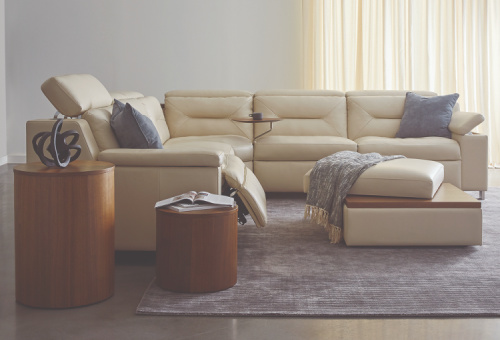 “As a result, Canadian producers have lost sales and seen their prices depressed in the domestic market…and have caused injury, and are threatening to cause further injury, to the Canadian industry.”

McMillan’s brief accuses the governments of Vietnam and the PRC of distorting the costs of key components such as chemicals, steel and wood. They also note both countries confer many other subsidies on their producers, giving them unfair advantages over Canadian manufacturers.

“China, in particular, has used government ownership and control of the supply chain and other policies to create an artificially low cost of operation in that country,” DeFehr maintains, pointing to urethane foam as an example. “China’s government artificially controls the price oil in such a manner that in the end, the cost of foam in that country is close to 50% of what it is in North America.”

These controls extend not only to other raw materials used to build upholstery – such as steel – but also to tax and other subsidies which DeFehr believes results in “an artificially low cost of production.”

Vietnam employs similar tactics and policies but, more importantly, many of the producers located in that southeast Asian country are owned by the same companies in the PRC “and simply ship these low-cost components to them with the same result,” DeFehr said.

While he concedes the cost of labour would remain considerably lower in both Vietnam and PRC, if other factors were equal – or nearly so – the Canadian industry would be in a better competitive position. “If prices were similar between product from the PRC and Canada, retailers and consumers would undoubtedly prefer Canadian production,” DeFehr believes. “Canadian producers also supply much more customised items in terms of cover and choice of formats, such as sectionals.”

In the complaint, the Canadian manufacturers point out the imbalances in the market predate the COVID-19 pandemic. “The emergency is an important piece of the backdrop to this complaint and underlies the urgency in curtailing the continuing influx of dumped and subsidised goods from China and Vietnam,” the brief states, adding product from those countries “have been flooding into the Canadian market well before the onset of the current crisis, entering in increasing volumes, taking sales away from Canadian producers, forcing price reductions and causing serious financial distress to the domestic furniture manufacturing sector.”

DeFehr acknowledges some Canadian furniture retailers may not be pleased by this anti-dumping action but believes a positive result would benefit them in many ways. “Prior to about 2006, Canadian manufacturers were the primary suppliers to most of these same retailers,” he said, adding if the action is successful they won’t lose their gross margins and “could then operate with less inventory and sell more interesting product. They will need to sell based on product quality and customer choice rather than just on price, which was something they all did at one point in time.”

As part of its investigation, the CBSA is expected to interview manufacturers in Canada, the PRC and Vietnam as well as other interested parties. The results are likely to be presented to the Canadian International Trade Tribunal (CITT) sometime early in 2021.

Related Story: Canada’s upholstery producers – Down but not out