BOWMANVILLE, Ontario – In Episode 7 of Business Cents, Albert Marrache and I look at why most furniture, mattress and major appliance retailers continue to place their emphasis on growing their sales, but not on growing their profitability.

The discussion starts with a simple observation: according to data published by Statistics Canada, the typical independent furniture retailer in this country earns an average after-tax profit margin of 3%. That means, on sales of $5 million, he or she can be expected to earn a profit of $150,000.

To which Albert, the co-founder and president of added-value resource Phoenix AMD International, replies: “You could invest that and not have to work!” 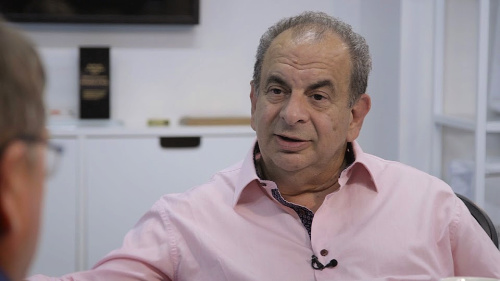 He goes on to point out that over the years retailers came to put their efforts into making sure their sales teams focus on selling the bigger ticket items on their floor – the $4,000 upholstery suite or the $5,000 bedroom group – while spending less time on the smaller, less expensive items. “So as the years went by, what you saw was everyone encroaching on these sales, yet the retailer wasn’t changing very much,” he observes.

For example, Costco sells mattresses. In their stores, they take up a relatively small amount of shelf space, often in the rear of their huge warehouse stores. “Why? Because to them it’s not the main item, it’s a complementary sale,” Albert points out. “They’ve got the customer, who came it to buy boxes or beans or corn and al the rest and, by the way, there are mattresses over their.”

It’s the same reason why Lowes puts bottles of water on the cover of their flyers. “It’s not their main business but it brings traffic in,” he observes.

“Furniture dealers only advertise their big items, so consumers only walk into their stores when those big items are featured,” he continued.

He points out on of the reasons why the airlines – that is, before the pandemic – became as profitable as they did was because they came to understand what the complementary sale was and how to use it. “They used to give you everything as they used to think that what they were selling was the big item – travel – so they gave you everything else,” Albert points out. “Now, travel is the least of it, so they give you an acceptable price to get on the plane and then if you need to pick your own seat, you need to pay $25.

“They are making more money on the complementary sales than they ever thought, and its actually put them in the black,” he continues. “There are many examples in many industries.”

He also believes profitability can be improved for the majority of furniture retailers with better training for their salespeople. He notes that when consumers decide to purchase something on most direct-to-consumer sites, the software automatically brings up complementary items that others have either bought or should be bought with that product.

These ideas can be used by independent furniture, mattress and appliance retailers to grow their profits, which in many ways, Albert Marrache believes is more important than growing sales.

Click here to listen to Episode 7 of Business Cents. We hope you enjoy the conversation and are inspired by it.

Albert and I would also welcome your comments and questions. Please send me a note to [email protected].