BOWMANVILLE, Ontario – There’s an old expression that advises those looking for a tranquil life to “not sweat the small stuff.” It’s a sentiment with which Albert Marrache couldn’t disagree with more vehemently.

In fact, in the first new episode of Business Cent$ for 2023, the founder and chief executive officer of Phoenix AMD International, believes the small stuff is extremely important as it is all the little things that ultimately make up the big picture. 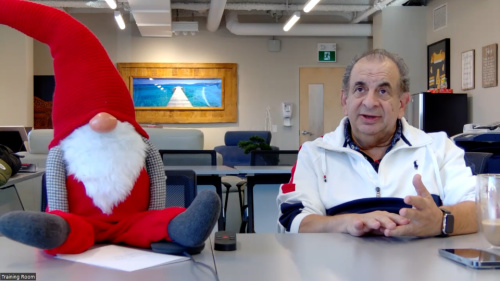 “The small stuff is anything that deals with the culture of your company, the way your salespeople sell, the product you’re selling, the information you’re giving the customer – everything is the small stuff,” is how Albert explains his definition of ‘the small stuff’ to HGO publisher Michael Knell. “Anything that isn’t the big sale of furniture, appliance or mattresses – that’s the small stuff.”

The small stuff also includes things like your store’s return policy, your delivery policy and other things that can be used to explain to the customer why she should do business with you.  In fact, he believes ‘the small stuff’ should first be found on the store’s website – which is where the majority of today’s customers begin to shop for furniture, mattresses and appliances.

He goes on to say, it’s in presenting the so-called small stuff to the customer where the greatest opportunity for increasing profitability can be found.

To hear more about what Albert has to say about the importance of ‘the small stuff’ and why retailers should be paying more attention to it, click here to view the latest episode of Business Cent$.