TORONTO – The Retail Council of Canada (RCC) has named Ron Wilson, president of electronics and appliance specialist Best Buy Canada, as the recipient of the prestigious 2019 Distinguished Canadian Retailer of the Year.

The Distinguished Canadian Retailer of the Year Award recognises a retail leader that has led his or her company to outstanding business success and innovation and has consistently demonstrated community commitment and support. The recipient is a role model because of his exceptional leadership within the corporation, in the retail industry in Canada, and in the community at large, through personal and/or corporate philanthropic activities. 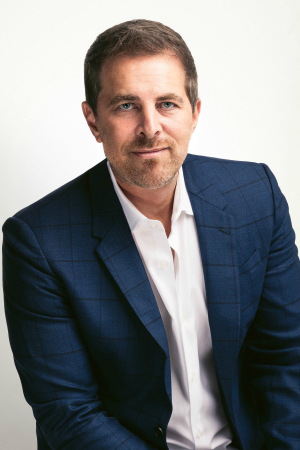 Ron Wilson is president of the international division for the publicly held Best Buy Co., which is based in Milwaukee.  In this role, he guides the vision and strategic direction for the company’s operations in Canada and Mexico, which generated sales of US$3.57 billion during its most recent fiscal year.

Wilson began his career at Best Buy 28 years ago on the front lines of a Future Shop store in Edmonton, Alberta. Since then, he has worked in numerous leadership areas of the company, including merchandising, operations, marketing, and e-commerce.

In its announcement, RCC noted Wilson has been recognised by his peers in the Canadian retail industry for overseeing a strategic plan that resulted in the successful consolidation of Future Shop into the Best Buy brand and is moving the company towards providing a seamless omnichannel retail experience. His leadership has been instrumental in driving an exceptional in-store and in-home service, that is focused on building long-term relationships with customers.

Best Buy plays an important role in communities across Canada, using technology to enrich the education of young Canadians through its community programs. During his tenure, the company has channeled over $5 million through countrywide Geek Squad Academy workshops, school technology grants and a relationship with the Boys and Girls’ Club. Additionally, the company is committed to reducing e-waste offering free recycling services at its stores.

“RCC is excited to recognise Ron Wilson for his continued success in an ever-changing retail sector, for his leadership at Best Buy Canada and for supporting schools in building students’ confidence and creativity – qualities that open doors to future possibilities,” RCC president and CEO Diane J. Brisebois said.

The Distinguished Retailer of the Year Award will be presented during RCC’s Excellence in Retailing Awards Gala which will be held on May 28 at the Toronto Congress Centre, beginning at 5:30pm.

The gala will close the first day of STORE 2019 – RCC’s annual conference, which will feature more than 75 speakers and attract more than 2,000 retail leaders from across North America this year. It ends on May 29. For more information visit the web site at storeconference.ca.