SASKATOON, Saskatchewan – Benoit Simard will retire as president and chief executive officer of the cooperatively-owned Mega Group sometime in early 2020, after his successor has been found and named.

In a letter, Simard noted that October will mark 25 years since he joined Ameublement BV ltée which became Mega Group in 2000 after it merged with V.I.P. Stores. 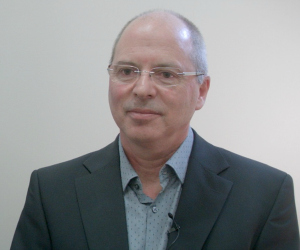 “Since that first day, this great organisation has continuously found ways to keep me challenged and offer me opportunities to continuously learn and evolve,” he noted. “I am extremely thankful for the support and trust I have received while pushing my own limits in moving through different roles in this organization; support given by many of our employees both present and past.”

“I continue to lead the organization to be in a better position to face competition and more so to transform Mega Group, so that it can continue to serve the needs of the independent retailer channel in Canada in a retail world that evolves and changes at a fast pace,” he said.

Simard noted he will reach his 60th birthday later this year, is in good health and wants to devote more time to enjoying life with his Danielle, his wife of 40 years. “I am reviewing the purpose of my presence on this planet and I am accepting this change with positivity and excitement,” he said.

In a separate letter to members, chairman Richard Wall said the group’s board of directors has struck a committee that is “in the process of profiling the desired individual according to how the company and our clients have evolved and continue to adapt to the world in front of us. We are currently working to hire an executive search/headhunting firm and expect that the entire process will take off quite quickly.”

Until that person is found, Simard said he will “continue to lead Mega with the authority of the CEO.”

The process is expected to take anywhere from four to eight months, sometimes longer. “I will continue to work with Mega’s team to accomplish the projects and initiatives that are already on the table and the new ones that will inevitably come forward,” he said.

“I want to take this opportunity to thank Benoit for his dedication to our company, his passionate performance and his ability to lead this organisation through some of the rough waters in the past few years,” Wall said.

“He will be leaving us with a company that is in a solid position in the market with dedicated employees that will continue to provide the level of service excellence to the membership,” he continued, adding, “He has led the organisation to be in a better position to face competition and has transformed Mega Group so that it can continue to serve the needs of the independent retailer channel in Canada in a retail world that evolves and changes at a fast pace.”

Mega will hold its 2019 annual general meeting and conference immediately prior to this year’s Canadian Furniture Show on May 22 and 23 at the Hilton Toronto Airport Hotel on Airport Road in Mississauga, Ontario. CFS opens for its three-day run on May 24.

“The board believes that although we will miss Benoit’s leadership, this is a great opportunity for Mega Group to be associated with a new CEO who will bring new skills and experiences,” Wall told the members in his letter. “We are committed to Mega’s evolution and are confident that we will find a replacement that will take us to the next level and deliver continued success on our strategic plan.”