Opening a new store for any established retailer is a multi-year process. Whatever else it is, it’s also an act of faith in the future of the business. That’s part of the rationale behind the move by Bennett’s Furniture & Mattresses to open a third location in Kingston, Eastern Ontario’s largest and most important city. Located in what used to be a Chapters store, it’s part of the family owned and operated retailer’s long-term growth plan as it readies for a leadership transition to the fourth generation as well as its centennial.

“In order to give the current and future consumer what she wants, significant improvements in technology will be required,” he explained. “With three stores, the investments in things like improved point of sale information, virtual reality, improved web sites, delivery tracking software and other in-store technology will be more affordable.”

At 27,000 square feet, the Kingston store is slighter larger than its relocated Peterborough flagship – where the retailer’s buying and distribution centre is headquartered – which opened in 2015 and was also designed by Connie Post, the North Carolina-based owner of Affordable Design Solutions. (This store was featured in the Spring 2017 edition of the Merchandiser) 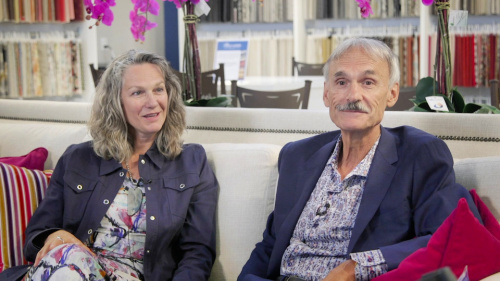 Kingston was chosen as home for store three for several reasons but most notably because of its stable economy. “They aren’t having huge growth, but they are stable,” Bennett said. “It’s far enough away from our existing two stores (the other being the original store in Campbellford, Ontario) but close enough for us to manage it. Kingston is a larger city than Peterborough and has more higher income employment.”

In fact, the city is home to Queen’s University and the Royal Military College. Kingston also boasts an extensive hospital network and other government-related employment including Corrections Canada and the Department of Defense. Private sector employment also tends to generate higher than average earnings, making Kingston one of the country’s more affluent communities on a per capita basis.

The drawback, Bennett noted, is the population surrounding Kingston is limited. “Whereas Peterborough has more population in the surrounding region than Kingston does,” he said. “Bennett’s always aims to be a ‘destination store’ and attract customers from longer distances than most furniture stores.”

While the Kingston and Peterborough stores have design elements in common, they are quite different in several respects. “Peterborough was built from an old 70,000 square foot factory with exposed ceilings and exposed wood beams,” he said. “It’s more rustic and relaxed while Kingston is a new building with a more modern look – even a bit ‘glam’.” 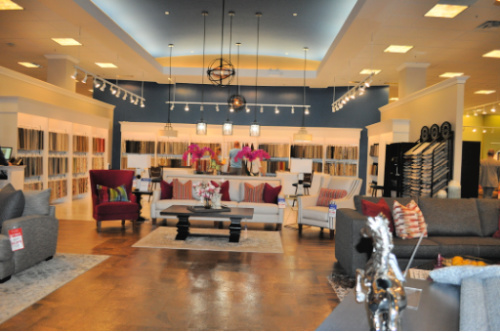 Eric Bennett believes their Kingston store will fill a void in that city’s market for furniture and mattresses and will occupy its own niche – particularly in the ‘better’ and ‘best’ segments where the competition is not as fierce. Both Leon’s and The Brick have stores in the city and there is a La-Z-Boy Furniture Galleries store as well as a number of independents including James Reid, generally regarded as the oldest furniture retailer in the country. Lastman’s Bad Boy, the Toronto-based high-impact promoter opened a store in Kingston in early fall 2019. Sleep specialists Mattress Mart and Sleep Country Canada are also to be found.

Kingston was also home to one of the more successful Sears Home stores, which shuttered with the iconic department store closed for good in early 2018.

“There are a lot of furniture stores in Kingston,” said Bennett, a well-known and long-time shareholder of Mega Group, the member-owned buying group based in Saskatoon. “We always try to develop our own brand strategy and offer the consumer something different. How well we do this will determine our success.”

The adoption of new technology, including an upgraded web site (a project that’s in its early stages), will also be critical to the store’s long-term success. “We believe technology will find a way to let the smaller player compete,” Bennett said.

Although Bennett’s is firmly brick-and-mortar, its competition of tomorrow is not other traditional furniture stores, so being able to source product at the best price will become more critical. “Flowing containers and having our choice of the best suppliers will be more important,” Eric Bennett said. “It will be easier to flow containers with three stores.”

Click here to read the rest of our report in the HGO Merchandiser.