FARMINGDALE, New York – Bedgear, the producers of the Performance brand of mattresses, pillows and allied sleep products has opened its first two warehouses in Canada as part of its drive to grow its business north of the U.S. border.

“These two warehouses will enable the company to more efficiently serve one of their most engaged markets with the brand’s full assortment of Performance sleep products, including the all-new M3 Launchpad, the world’s first modular mattress,” the company said in a statement. 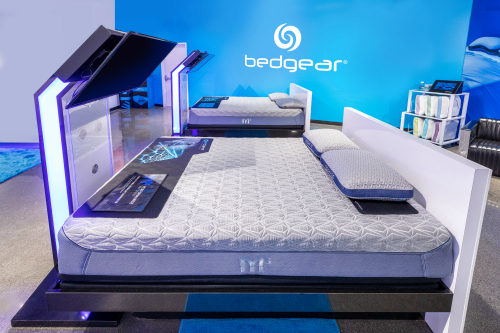 Located in the suburbs of Toronto and Vancouver, the facilities also mark Bedgear’s first investment in international operations and expands their distribution footprint to five warehouses across North America.

The company also noted Bedgear has seen steady growth over the past eight years as has the interest shown by young Canadians who are looking for fashionable yet functional products which mirror their active lifestyle.

“Canada has proven to be an amazing market and country for Bedgear and we acknowledge the growth potential here and are taking the necessary steps to provide the sleep solution Canadians deserve,” Bedgear founder and chief executive officer Eugene Alletto said. “As one of the world leaders in recycling and renewable energy, it’s no surprise that the M3 Launchpad – the only mattress which can be upgraded throughout its lifetime with recyclable components – has been welcomed and demanded by Canadian consumers.”

Bedgear first entered the Canadian market in 2011 with The Brick, one of the two banners operated by the publicly-held Leon’s Furniture Limited (LFL), this country’s largest retailer of furniture and mattresses. Currently, the company’s assortment is offered in some 300 or so locations throughout the country.