TORONTO – After nearly 100 years in operation, high-end and fashion forward upholstery manufacturer and retailer Barrymore Furniture has closed its doors forever after seeking bankruptcy protection from the Ontario Superior Court of Justice this past December.

According to documents filed by its court appointed receiver – the Toronto firm of A. Farber & Partners – Barrymore had liabilities valued at just over $7.5 million at the end of November 2019, including $3.7 million owed its HSBC Bank Canada, its largest secured creditor. Its second largest creditor appeared to be the Sandra & Tom Callahan Family Trust, which was owed about $1.7 million.

Tom Callahan was also listed as Barrymore’s president by the receiver, who also noted that the Callahan family were the majority owners of the company, which was founded in 1919. 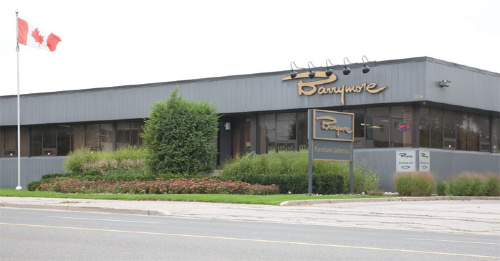 The company also owned the Business Development Bank of Canada approximately $550,000 as well as another $3.2 million to a number of unsecured creditors, including wages and benefits owed to the company 50 or so employees.

Farber staged an asset sale, which was reported to include some $750,000 worth of finished furniture, earlier this month. Barrymore ceased operations in mid-January.

The court documents suggest Barrymore was profitable until about two years ago. The Notice of Intent filed under the Bankruptcy & Insolvency Act noted the manufacturer had annual sales of $10.8 million for the fiscal year that ended April 2017. Sales for the following year, ending April 2018, fell to $10.5 million.

“From late 2018 to the fall of 2019, Barrymore experienced a drastic reduction in sales which caused substantive liquidity issues,” the receiver told the court.

Matt Manara, partner and portfolio manager at Avenue Investment Management told Toronto.com that Barrymore has been struggling for some time due, at least in part to the high cost of manufacturing in Toronto. Reports put the rent for the company’s factory in the city’s Caledonia district at $62,000 a month.

He also noted Canadian furniture makers remain under considerable pressure from overseas competitors who produce their fares for much less.

The emergence of e-commerce platforms has also put pressure on small manufacturers who also dabble in retail as Barrymore did.

“There is a part of a market that wants to sit on a couch, but the furniture business is hard. You always have cheaper competitors from overseas and you have incredible pricing pressure on margins,” Manara said.