KINGSTON, Ontario – Lastman’s Bad Boy (LBB) has opened its 11th store here in this gateway city to Eastern Ontario, as the high-impact promoter sets it sights on Ottawa next spring.

Samantha Lastman, LBB director of business development, told Home Goods Online that at 30,000 square feet the Kingston store – located in a power centre opened by RioCan Investments on Gardiner’s Road – is one of the retailer’s largest. 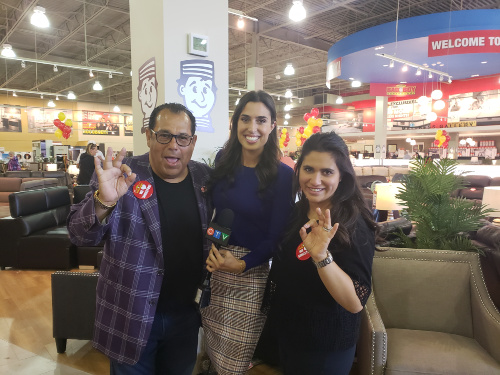 The company was attracted to the city for a number of reasons. “Kingston is a great city filled with people who are seeking quality products at a great price,” she told HGO. “It is well situated with great surrounding markets, has the perfect population size and household income.”

According to RioCan, within 20 kilometres of the power centre there is a population of some 156,000 people living in some 67,000 households with an average household income of just under $96,000 annually. Kingston also is home to several furniture, mattress and major appliance retailers including The Brick and a prominent Leon’s franchise.

Lastman believes LBB’s unique market and product positioning will enable it to effectively compete, and that personality is reflected in the Kingston store. “We have tried to maintain the Bad Boy flair at Kingston,” she said, adding, “Bad Boy puts an emphasis on offering all of its customers a seamless and consistent experience.”

In recent years, Lastman’s Bad Boy has opened a number of stores in shopping centres and its become a format that Samantha Lastman notes has worked quite well. “We love a busy plaza and we always welcome the opportunity to be surrounded by competition,” she explains. “We are an anchor tenant and draw large crowds and plenty of customers. It is a win-win for us and our landlords.”

Indeed, the Kingston store’s grand opening attracted literally hundreds of people and attracted a considerable amount of local media attention, including an interview on the Ottawa CTV affiliate where she announced the company’s intention to open in Ottawa next May.

To support the new Kingston store as well as its future expansion plans, LBB has partnered with AMJ Campbell in what Lastman describes as “a massive deal” to assist in distribution. “AMJ is an expert partner in logistics and will satisfy our customers in Kingston and towards the east,” she said. “They will be integral to our success with our Ottawa opening in May 2020.” 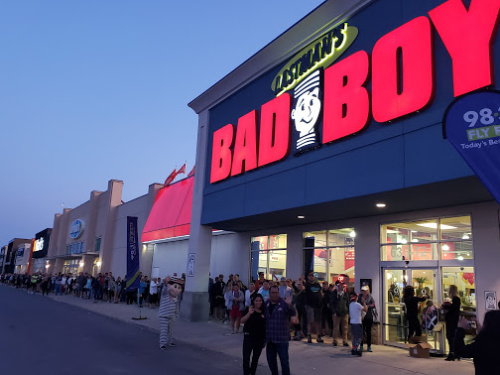 In an interview with Retail Insider, company chairman and chief executive officer Blayne Lastman – who re-founded the retailer in 1991 – said Bad Boy has been booming, despite the challenges in the retail economy.

“Our year end is September 30 and last year was the best year we ever had in our history,” he said. “We’ve been fortunate – very, very fortunate. And we’re e-commerce as well. We’re fully e-commerce in our trading areas only right now; which will be opened up to the rest of the country in the near future.”

This level of performance gave the company the confidence to move to Kingston, Samantha Lastman noted. “Bad Boy has found its niche and success despite the retail landscape,” she told HGO. “Though the retail landscape is certainly getting tougher, we have found a way to stand out from our competitors and remain relevant. In addition, when we opened in 1991 all the trends were against us as well; however, when you give the people the right price with the right good old-fashioned service, you’re able to buck all trends.”

And the company will continue growing over the next few years. “Bad Boy will continue its growth, one store at a time. In May 2020 we will be opening our 12th location, in Ottawa. We anticipate this grand opening will break all records. We are also continuing to grow in e-commerce and builder sales. Further, we are eager to continue our growth by moving our distribution and head office location. We are actively seeking out a bigger and better facility to better satisfy our customers.”

Beyond, she anticipates Lastman’s Bad Boy will add one new store a year although no locations after Ottawa have been announced.