MONTREAL – BMTC Group, Quebec’s largest full-line furniture retailer, reported lower sales for its latest fiscal year thanks to the negative impact of the COVID-19 pandemic although earnings improved substantially thanks to improved operational efficiencies and other factors.

Three years ago, the publicly held merchant shifted its fiscal year end from December 31 to January 31.

In its report to shareholders, the company said that was “despite the fact that all 32 points of sale of the company were closed for 37 consecutive days during the quarter leaving only online sales possible during this period.” 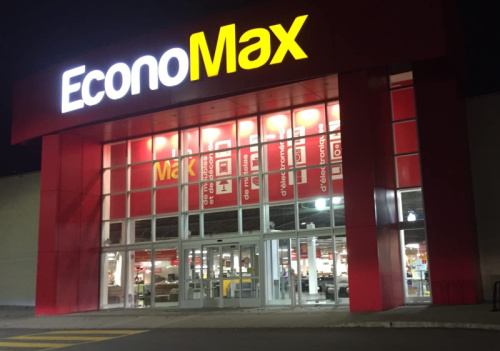 While it acknowledged “online sales increased significantly,” management said they “only partially compensated for in-store sales for the 2019 and 2020 corresponding periods.”

The company noted it qualified for a grant of $1.9 million from the Canadian Emergency Wage Subsidy (CEWS) during the quarter, which contributed six cents per share to net earnings.

The company attributed the revenue decline to the temporary closure ordered by various government authorities of all its 32 brick-and-mortar stores to help combat the COVID-19 pandemic. In all, those stores were closed for as long as 106 days during the last fiscal year. It also told shareholders the closures cost as much as $77.5 million in sales during the first six months of its latest fiscal year alone.

Adding to the net earnings was the share repurchase program which added one cent per share while the sale of its previous Brault & Martineau store in Kirkland, Quebec provided an after-tax gain of $1.0 million or three cents per share. Grants from the CEWS generated $5.8 million or 17 cents per share towards net earnings.

Looking ahead, BMTC president and chief executive officer Marie-Berthe Des Groseillers told shareholders “the company continues to focus on online sales, which experienced a record increase since the start of the pandemic, by actively pursuing the improvement of its digital platforms, its live chat initiative with online customers as well as the improvement of our telephone sales department for all of the BMTC Group banners.”

She noted management believes the company’s digital platforms are essential in the drive to gain market share “as well as to allow customers to start their shopping experience online to then complete their purchases in one of our stores with the help of our sales representatives.”

Des Groseillers also acknowledged there were other factors at play. “Management is aware that this increase is also partly due to the fact that it has benefited from a transfer of consumer spending related to the restrictions imposed by the various levels of government due to COVID-19 pandemic, more precisely the restrictions related to travel, the closure of restaurants and all forms of entertainment in the cultural and sporting world.”

BMTC also noted it continues to have issues with product acquisition as many of its supplies have also been negatively impacted by the pandemic and have been unable to honour and deliver placed orders. “This problem seems widespread in our industry and is not unique to the company. Therefore, it is possible that this could have a negative impact on future results because orders on hand may not be able to be delivered due to this shortcoming.

“It is difficult to predict the future level of consumer confidence and the possible impact on sales of BMTC Group,” Des Groseillers continued, adding, “Management is confident that the company’s operational efficiency during this crisis, its market leadership and solid financial position will allow us to emerge a stronger organization despite these difficult market conditions and maintain its objectives increasing its market share and profitability in Quebec.”

At the end of January, BMTC operated 32 stores under three banners including Brault & Martineau, EconoMax and Ameublements Tanguay.