MONTREAL – The largest full line furniture retailer in Quebec, BMTC Group, reported a slight decline in sales with a significant drop in earnings for the first quarter of its current fiscal year, which ends January 31, 2023. 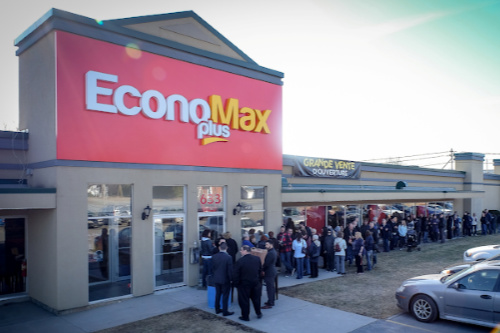 In her report to shareholders, BMTC president and chief executive officer Marie-Berthe Des Groseillers didn’t offer any specific cause for the sharp drop in net earnings but noted the company is continuing to focus on online sales, “which experienced a record increase since the start of the pandemic in 2020, by actively pursuing the improvement of its digital platforms, its live chat initiative with online customers as well as the improvement of our telephone sales department for all of the BMTC Group Inc. banners.”

She also said management believes the digital platforms for all three of its banners are essential to the retailer’s effort to increase market share in Quebec although Des Groseillers cautioned shareholders both revenue and earnings will continue to be challenged over the coming months.

“It is difficult to predict the future level of consumer spending, although it is quite possible that the company’s future results may not reflect the performance of the last two years,” she said, adding, “The high level of inflation combined with gas prices will have an impact on consumer spending. Also, management is aware that the increase in the last two years was partly due to the fact that the company benefited from a transfer of consumer spending related to the restrictions imposed by the various levels of government due to COVID-19 pandemic, more precisely the restrictions related to travel, the closure of restaurants and all other forms of entertainment in the cultural and sporting world.

“Since these restrictions are no longer in place, we expect consumer spending could transfer back to these types of spending,” she said.

The board includes Yves Des Des Groseillers, who controls about 64% of the outstanding shares in BMTC and has been chairman since 1989.

Former Quebec premier and federal cabinet minister Lucien Bouchard, currently a partner with the Montreal-based law firm of Davies Ward Phillips & Vineberg was also returned to the board, of which he has been a member since 2004.

André Bérard, who has been on the board since April 2001, will return as lead director.

BMTC Group operates 32 stores across the province of Quebec under three banners: Brault & Martineau and EconoMax in the Greater Montreal Area; and Ameublements Tanguay, which serves Quebec City and its environs.