MONTREAL – BMTC Group, the largest full-line furniture retailer in Quebec and one of the four largest in Canada, has announced that all members of its board of directors were re-elected to their positions at its recent annual general meeting.

Yves Des Groseilliers has been on the board since 1989 and currently serves as chairman. He is also BMTC’s largest shareholder, controlling some 21.3 million or 63% of the company’s outstanding shares.

Marie-Berthe Des Groseillers, a board member since 2005, has been president and chief executive officer of BMTC for the past three years. 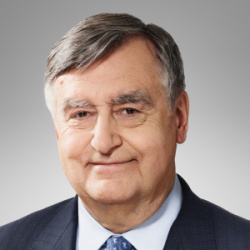 Bouchard, who has been on the board since 2004 us a partner in the Montreal law firm Davies, Ward, Phillips & Vineberg. He is best known as a former premier of Quebec as well as the Leader of the Opposition in the House of Commons and a minister in the government of former Prime Minister Brian Mulroney.

Gabriel Castiglio has been a BMTC director since 2015 and is executive vice president and chief legal officer of the Montreal-based investment firm Fiera Capital.

The newest director, Anne-Marie Leclair, who was named to the position in 2018 is also a partner and vice president of strategy and innovation for LG2, a Montreal-based marketing firm.

Tony Fioda was first elected in 2012 and is senior vice president of Remstar Capital, a media investment company based in Montreal.

The second largest shareholder BMTC is Fidelity Management & Research Company, an investment firm based in Boston, Massachusetts. It controls 6.3 million or just over 18% of the company’s outstanding shares.