According to Retail Insider and confirmed by a company official in an e-mail, it will open a two-story store in its first foray into North America, although it already operates outside of Australia in New Zealand, Malaysia and Singapore. In all, it operates 18 stores, 15 in Australia. 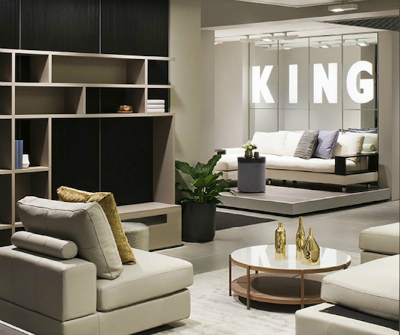 Founded in 1977 in Sydney, Australia, the privately-held King Living is best known in its home market for its high quality, well designed contemporary leather and fabric upholstery – much of which it designs and manufactures in its own factories. Their upholstery features steel frames; ‘comfort seat suspension’ as well as removable covers. In 1987, it introduced the Postureflex seating system, which is similar to the suspension used in luxury European car brands such as Rolls Royce.

The company has won number awards – such as the Sydney Hills Business Award in 2016. But it has also won several design awards for its product assortment, which were also once featured on Oprah Winfrey’s television show.

Fittingly, King Living’s first Canadian store will be located in Vancouver’s affluent West Side and join an expanding list of international brands looking to gain a foothold in this country by setting up shop in the rapidly gentrifying Gastown area.

Retail Living reports the retailer will lease a total of 10,610 square feet – an entire two-story building at the northwest corner of Granville Street and W 15 Avenue, not far from some of Vancouver’s wealthiest neighbourhoods, where home prices have reached more than $20 million. Indeed, the entire West Side is now considered to hold nothing but prestigious residential addresses with an average home price of $3.4 million which ranks it has the most expensive in the country, if not North America.

Other area retailers cater to affluent locals, with nearby store locations for brands such as Max Mara, the Italian fashion house; cookware specialist Le Creuset; and Boboli, a Vancouver-based high-end clothier. This fall, luxury children’s brand Bonpoint is expected to open its first store in Canada nearby on West 14th Avenue.