VANCOUVER – Furniture e-commerce specialist Article has named co-founder Andy Prochazka as its new chief operating officer (COO), a new position, and promoted company veteran Duncan Blair to the position of vice president of marketing. Prochazka was also recently named one of Canada’s 50 Best Executives by the Report on Business.

In a statement, the company said as COO Prochazka will be responsible for optimizing business operations to increase efficiency and effectiveness as it enters its next phase of growth. He will oversee Article’s retail operations as well as its sales and service teams. Founded in 2013, Article now has over 500 employees.

Prochazka, who previously served as chief marketing officer, was one of two digital furniture executives named to the inaugural list of Canada’s 50 Best Executives, which was published by the Globe & Mail earlier this week. The editors cited him “For cutting out the furniture middleman.” 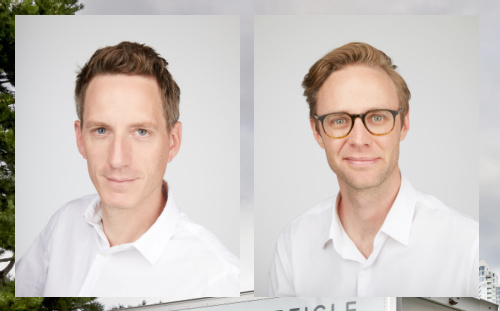 In naming him to the list, the Globe & Mail noted “a decade ago, product manager and keen traveller Andy Prochazka was in the market for a leather sofa. ‘I remember being shocked by the discrepancy between the [overseas] factory and the showroom.’ With help from his twin brother and two friends, he vowed to close the price gap. Article was born. ‘We’re entirely online – no showrooms, and we do our own delivery – so we can track every expense and inefficiency with data-informed decision making’.”

Prochazka is also a co-founder – in partnership with his twin brother Sam – of the Edmonton-based Goodmorning.com, one of this country fastest growing digital mattress retailers.

After serving Article’s director of marketing for the past four years, in his enhanced role as vice president of marketing Duncan Blair will oversee the teams responsible for continuing the growth of the brand through acquisition and retention strategies, brand storytelling, creative direction and onsite experience.

“While we have come a long way since I joined four and a half years ago – this year alone we’re on track to help furnish more than 200,000 new customers’ homes – but we’re only just getting started. I’m excited to continue working with the team to introduce people to the easiest way to create beautiful modern spaces,” Blair said in a statement.

“Duncan has been instrumental in our growth since he joined Article nearly five years ago,” Prochazka noted, adding, “He has put together a stellar team, and together they have built a world-class marketing program. No one is better suited to develop the marketing teams and capabilities needed to fuel our next phase of growth.”

Article was also ranked No. 108 on this year’s list of Canada’s Top Growing Companies, also published by the Globe & Mail, with a three-year revenue growth rate of 460%. The company, which launched a home delivery service in the Greater Toronto Area earlier this summer, made to the list for the second consecutive year.

The editor’s applauded her “for revolutionizing your comfy night’s sleep.”

In the list’s pages, the newspaper said, “If you’ve bought a new mattress in the past five years, it’s likely you skipped the showroom in favour of a so-called ‘bed-in-a-box’, a new mattress model that exploded seemingly overnight. Leading the Canadian market is Endy, which, under Alexandra Voyevodina’s watch, grew from zero to $70 million in revenue in two short years. ‘Any startup’s success comes from a great team and good luck,’ she says. Endy operates a lean team of 50 that caters directly to consumers who are increasingly confident shopping online—even for mattresses.”