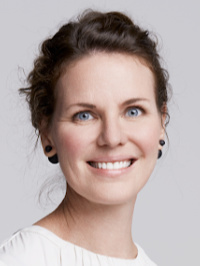 In this new position, she will lead Article’s product development and merchandising strategies with an eye to delivering beautiful, high quality product to its customers, who are based mainly in both Canada and the United States.

A native of the United Kingdom, Youds joined Article from Mountain Equipment Co-op (MEC), the Vancouver-based sporting goods specialist where she spent the past three years as senior director of product design and production.

Prior to that, she spent five years as director of product development for Lululemon Athletica, the publicly held athletic clothing specialist.

Over the past 20 years, Youds has been involved in similar retail endeavours for a number of companies in the U.K., Asia and North America such as Dr. Martens and NEXT Retail, covering a variety of product categories including furniture and homeware, apparel, accessories, footwear, and sports equipment.