VANCOUVER – Article, this country’s largest digital merchant specializing in furniture, announced this past Friday it is laying-off approximately 17% of its workforce, citing a slowdown in demand as consumers turn away from online shopping and return to brick-and-mortar stores.

The move was reported in a number of Canadian media outlets, such as the Globe & Mail and CBC News as part of an emerging trend across other e-commerce giants who are seeing sales return to pre-pandemic levels. In a similar vein, many brick-and-mortar retailers – such as Sleep Country Canada Holdings – are reporting a slowdown in digital revenue accompanied by an uptick in in-person sales. 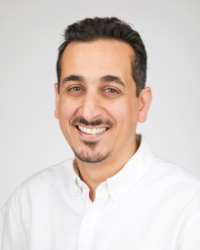 According to reports, Article founder and chief executive officer Aamir Baig informed his team that a total of 216 employees were being let go – roughly 17% of the company’s head count.

“This is not your fault, this is my fault,” Baig admitted in a note to staff quoted by several media outlets.

Article was founded in 2011 and the web site went live two years later. The company says it became profitable in 2015, and in a press release published earlier year, said revenue grew 45% between 2020 and 2021. Sources has estimated its revenue at US$160 million – roughly 10% of that was sold to Canadian consumers.

Throughout the pandemic, digital focused company’s saw demand for their goods and services skyrocket. This also happened to brick-and-mortar retailers with strong e-commerce platforms as government-mandated store closures saw shopping move online. Article benefited more than most as consumers with more disposable income spent to spruce up the homes they were confined to during COVID lockdowns.

But with the lifting of restrictions, that trend seems to be reversing itself to some degree.

“We anticipated the trend to online purchasing would be sustained,” Baig said. “That did not happen, and it has since returned to pre-COVID trends.

“Our financial projections showed that we were operating the business at a size larger than current demand would sustain,” he continued, adding, “Put simply, we were living beyond our means. I needed to resize our business to restore our position of financial strength.”

The company also said all affected staff will have access to their benefits for a period of time, receive severance packages and other support services. They will also be allowed to keep company equipment such as laptops in their possession.