TORONTO – Four companies closely identified with Canada’s furniture, mattress and major appliance sector were ranked amongst Top 400, a compilation of this country’s fastest growing enterprises, published last week by the Report on Business. Two were e-tailers and two were point-of-sale consumer financing providers with strong ties to a expanding number of retailers.

In a statement, the organiser explained the voluntary program – launched in 2019 by the Globe & Mail – ranks participating private and public Canadian businesses on three-year revenue growth. 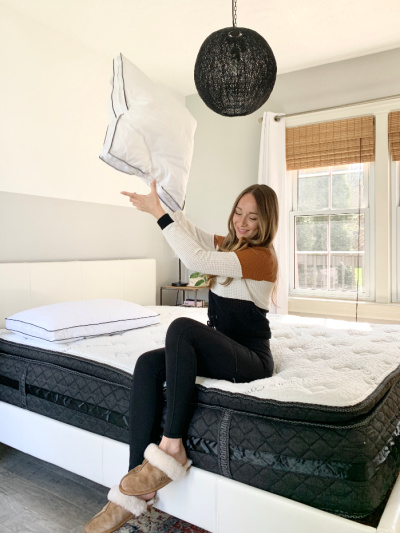 “Applicant companies had to submit a ballot, complete a full application survey and supply supporting financial documentation to our research team for both 2016 and 2019. We evaluated companies based on the most recent fiscal year for which financial statements were available, with a latest possible year-end date of April 30, 2020,” they said, adding to qualify, a company has to have annual sales of at least $2 million in its most recent fiscal year and had to be for-profit, Canadian-run, independent and headquarterd in this country.

Flexiti Financial, a provider of point-of-sale consumer financing, was the highest ranked of the four at No. 6 with three-year growth of 5,748%.

“We are honoured to be ranked among Canada’s Top Growing Companies for the second year in a row,” Flexiti founder and chief executive officer Peter Kalen said in a statement. “Our growth in the last year is attributed to the signing of great new merchant partners and has been amplified by new implementations of our online financing solution.”

The report noted Flexiti had 2019 revenues of between $25 and $50 million with a workforce of 225. The company provides consumer financing to several furniture, mattress, electronics and appliance retailers including Leon’s, The Brick, Wayfair, Mobilia, Lastman’s Bad Boy, Alexanian’s, EQ3, Visions Electronics and Canadian Appliance Source.

Flexiti’s primary rival in the consumer financing space made the list for the first time. PayBright was ranked No. 68 with a three-year revenue growth rate of 765%. The Toronto-based firm has 140 employees and revenues of between $10 and $25 million for 2019.

Coming in at No. 108 was the Vancouver-based contemporary furniture e-commerce specialist Article with a three-year revenue growth rate of 460%. The company, which launched a home delivery service in the Greater Toronto Area earlier this summer, made to the list for the second consecutive year. Led by chief executive officer Aamir Baig, the company has 435 employees with revenues of between US$100 and US$250 million in 2019.

Making the list for the first time was the Edmonton-based mattress e-tailer GoodMorning.com which placed No. 123 with a three-year growth of 398% and 2019 revenue of nearly $40 million.

Born Novosbed Inc. in 2009, GoodMorning.com was one of the first online bed-in-a-box brands in the world and was an early innovator of the risk-free at-home sleep trial. The company said in a statement that it believes it is Canada’s largest independent online mattress retailer, having sold more than 125,000 mattresses. It produces several brands including Douglas, Novosbed, and Logan & Cove, among others.

“We’re thrilled that GoodMorning.com has been recognized as one of Canada’s top growing companies,” company founder and CEO Sam Prochazka said. “Our single greatest achievement is to have developed a company culture that relentlessly focuses on what’s important to our customers and delivering that – and only that – to them quickly, efficiently and with zero risk.”

The full list of 2020 winners, and accompanying editorial coverage, is published in the October issue of Report on Business magazine which is currently available online at tgam.ca/TopGrowing.

“The stories of Canada’s Top Growing Companies are worth telling at any time but are especially relevant in the wake of COVID-19 pandemic,” says James Cowan, editor of Report on Business magazine. “As businesses work to rebuild the economy, their resilience and innovation make for essential reading.”

“Any business leader seeking inspiration should look no further than the 400 businesses on this year’s Report on Business ranking of Canada’s Top Growing Companies,” added Phillip Crawley, publisher and CEO of the Globe & Mail. “Their growth helps to make Canada a better place, and we are proud to bring their stories to our readers.”