SANDY, Utah – Furniture and mattress sales by Amazon.ca topped US$60 million (approximately C$78 million) in 2017, according to the latest estimates from One Click Retail, an e-commerce data tracking and consulting firm based here.

Three other categories generated US$10 million each in sales last year (roughly C$13 million at the Bank of Canada’s average exchange rate for 2017) including living room furniture, bedroom furniture and home office furniture. Kitchen furniture brought in an additional US$5 million (C$6.5 million) to the Canadian operation. 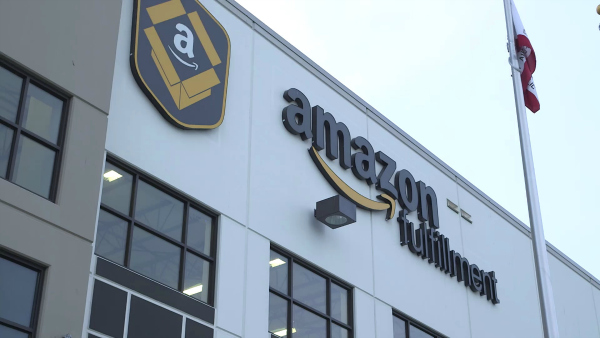 However, One Click Retail (OCR) was unable to provide Home Goods Online with year-over-year growth figures for any of these product categories although they did note that of Amazon.ca’s five best-selling furniture products, three were memory foam mattresses marketed under its own Zinus brand label. Ranked second was its Zinus Smartbase mattress foundation while rounding out the top five was its Amazon Basics high-back executive chair from its home office assortment.

While its probably the largest publicly-held company in the world, Amazon doesn’t break out its sales figures for Canada in its quarterly and annual filings to the U.S. Securities & Exchange Commission. In a report published in June 2017, the Financial Post estimated total revenue for Amazon.ca at C$3.47 billion for 2016 – making it the largest e-commerce player in Canada by a wide margin.

When compared to other countries, it’s not hard to conclude that furniture and mattresses are not key categories for Amazon in Canada. For example, Amazon mattress sales in the United States were estimated at US$1.1 billion last year – jumping a rocket-fuelled 82% over 2016. That makes it one of the latest mattress retailers in the U.S. – including both brick and mortar and pure play e-commerce merchants.

Indeed, over furniture and mattress sales for Amazon in the U.S. were pegged at US$4 billion last year – with an estimated year-over-year growth rate of 51%. This would make them the second largest furniture retailer in the U.S. with just over US$100 million or so separating them from Ashley Furniture HomeStore, which is currently ranked in the top spot.

It is also interesting to note Amazon furniture and mattress sales in Germany – the heart of the European Union – were estimated at €250 million (C$366 million) last year, including mattress sales of €55 million (C$80 million).

There is little data available on internet sales of furniture and mattresses to Canadian consumers. For example, in its Annual Retail Trade study, Statistics Canada said Canadian furniture and home furnishings store saw their e-commerce sales climb 19.9% to $375.8 million in 2016 – approximately 2% of their combined sales for that year. By that measure, Amazon is a major player with significant growth potential in the category.

Although it doesn’t disclose its Canadian revenue separately, Wayfair.ca is believed to have generated sales of about C$106 million in 2016, just slightly ahead of IKEA Canada at C$105 million. Both estimates are from the Financial Post.

OCR vice president Ojastro Todd admitted to HGO that furniture doesn’t appear to be a top category for Amazon in Canada right now. “However, Amazon has recently increased its focus on furniture in the U.S., so I would not be surprised if we see a similar increase in Canada in the near future,” he added.

Over the past few weeks, Amazon has committed to building two additional fulfilment centres in Ontario – one in the Ottawa suburb of Nepean and other in Caledon, just outside of Toronto. Both will cover some one million square feet of warehouse space and are expected to be operational by the end of 2019.

While Caledon will focus on small items such as electronics, toys and books, Ottawa will handle larger items including household goods, sporting equipment and garden tools. In all, the two facilities will create an estimated 1,400 new jobs. Once operational, Amazon will have nine fulfilment centres across the country, including six in Ontario and others in British Columbia and Alberta.