MONTREAL – BMTC Group, Quebec’s largest and only publicly held full-line furniture retailer, has reported strong upticks in sales for both the third quarter and the first nine months of its current fiscal year. Earnings slid slightly for the most recent period but surged strongly for the year-to-date.

The publicly held operator of Brault & Martineau, EconoMax and Ameublements Tanguay didn’t provide same store sales figures, but it should be noted its store count – some 32 units among the three banners – hasn’t varied much in recent years. 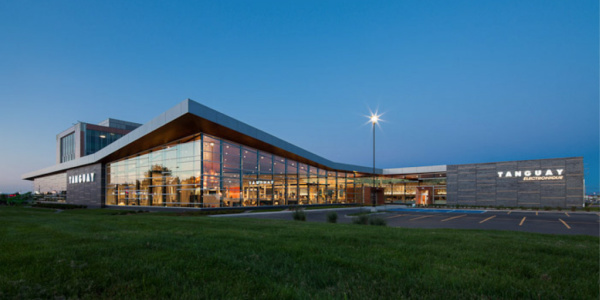 The company noted its ongoing share repurchase program contributed one cent per share to earnings in the third quarter.

Contributing four cents per share to net earnings was the company’s $1.4 million benefit from the Canadian Emergency Wage Subsidy (CEWS) as well as one cent from the ongoing share repurchase program.

In her report to shareholders, president and chief executive officer Marie-Berthe Des Groseillers, noted BMTC’s revenues for the first nine months of its current fiscal were higher than those in each of the three previous fiscal years. “In fact, the company recorded one of the highest revenues in its history,” she said, adding, “This is partly due to improvements in marketing and strategic measures implemented, our extensive store network and the strength of digital platforms, which have enabled the company to increase its market share in Quebec.

“On the other hand,” she continued, “management is aware that this increase is also partly due to the fact that it has benefited from a transfer of consumer spending related to the restrictions imposed by the various levels of government due to COVID-19 pandemic, more precisely the restrictions related to travel, the closure of restaurants and all forms of entertainment in the cultural and sporting world.”

The company also reported its Brault & Martineau store at 500 boulevard Le Corbusier in suburb of Laval, ceased operations on December 5, 2021. Earlier this year, the company entered a partnership that will see the property developed into several high-rise apartment buildings for the rental market. The work is set to begin sometime early next year.