MONTREAL – Furniture manufacturers in Quebec can qualify for as much as $50,000 in financial support from their provincial government for their first-time participation in trade events such as the Canadian Furniture Show (CFS), the High Point Market, the Las Vegas Market and Neocon over its next fiscal year.

“This has been the result of 1½ years of hard work,” Pierre Richard, president and chief executive officer of the Quebec Furniture Manufacturers Association (QFMA), said in announcing the program’s details last week. “It’s a very encouraging sign that the government appreciates the industry is capable of creating jobs in this province.”

Last November, the Quebec Government included furniture among the 17 industrial sectors to be prioritised in its new export strategy, which will provide assistance for Quebec businesses to access markets throughout the rest of Canada as well as the United States. 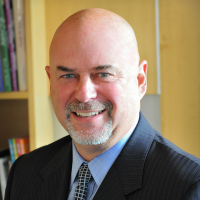 Richard told Home Goods Online the program only covers the Quebec government’s next fiscal year – which begins on 01 April and is geared at helping manufacturers expand their export markets through participation at trade events such as CFS or the High Point Market.

While there are a number of criteria that must be met to qualify, the most important is the applying manufacturers must have an annual sales volume of less than $200 million and must prove themselves to be fiscally sound. The program would cover about 40% of the applicant’s cost to participate in these events to a pre-determined maximum.

For example, a first-time exhibitor choosing to show at either the High Point Market or the Las Vegas Market could receive as much as $30,000 for that effort. If the company has been out of either show for two years or more, the total eligible subsidy falls to $25,000. However, current participants in either market could receive as much as $20,000 under the right circumstances.

For those interested in showing at either Neocon – the contract furniture market held each June in Chicago – or at the Canadian Furniture Show, the maximum for a first-time effort is $15,000.

The funds can be used for a variety of purposes: from acquiring display space to transporting product to the market or marketing initiatives promoting the manufacturer’s participation in the event. The goal, Richard said, is to make Quebec-made furniture more visible to retailers and designers across Canada and the United States.

“What’s included as all the logical expenses a company needs to make to participate in the market,” Richard said, adding the manufacturer doesn’t have to apply for a single grant to a single market. A manufacturer who applied for both the High Point Market and the Las Vegas Market would be eligible for a maximum of $50,000 or 40% of his eligible expenses.

He was also quick to stress the government is only committed to this project for its 2017-2018 fiscal year and it’s not clear whether it will continue after that.

It is also recognition on the government’s part of the furniture industry’s value to the Quebec economy. It is the seventh larger manufacturing employer in Quebec and is the largest customer for the province’s hardwood mills. It is also a stronger exporter of goods to jurisdictions outside of the province. Indeed, 52% of the Quebec furniture industry’s exports are to the United States with 47% going to the rest of Canada. And these numbers, Richard said, are growing.

“This isn’t a hand-out, it’s an investment,” he said, adding, “And it’s concrete recognition of what the industry does for our economy.”

Click here for more details about the program (in French only).