International Market Centers presents a review of the Summer 2022 edition of the Las Vegas Market. The next show will open for its five-day run on January 29. 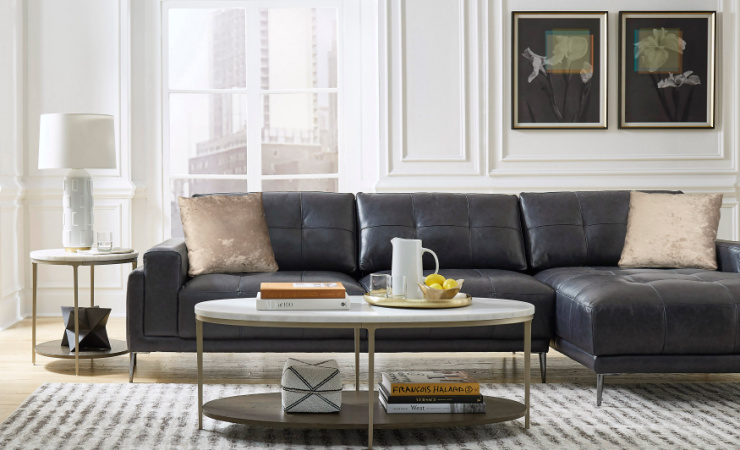 The leather Arabella sofa chaise is the centerpiece of Drew & Jonathan Home’s Denman collection. Inspired by the Scott brothers’ upbringing in the Pacific Northwest, it’s classic in design, larger in scale and features deeper profiles. It will also be featured on the floor at Tepperman’s during the upcoming Holiday Season. 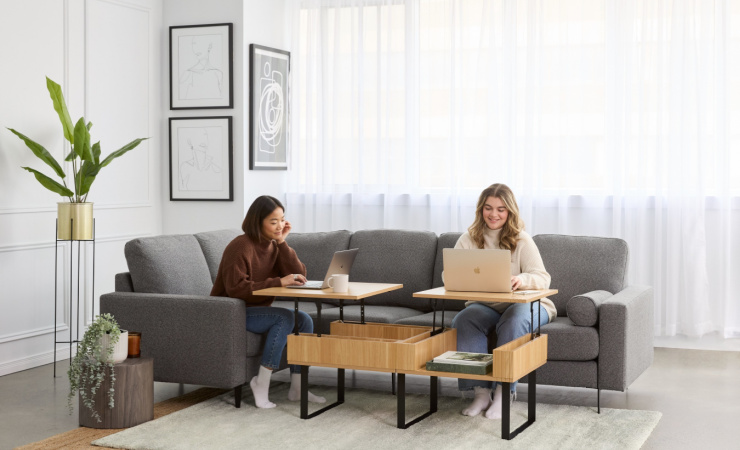 Direct-to-consumer sofa specialist Cozey is diversifying away from seating for the first time, launching Stella, a modular occasional table group the consumer assembles herself. Seen here are three units of its lift-top coffee table, which retails for $420. 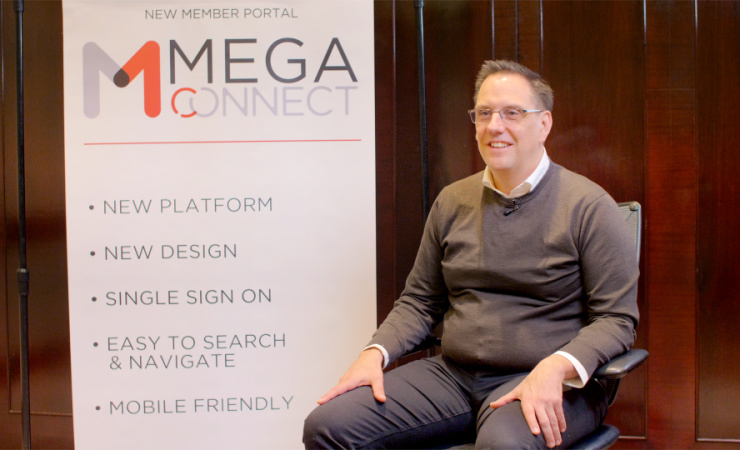 Veteran retail executive Chris West has joined Mega Group as president and chief executive officer. Seen here being interviewed for HGO’s One-on-One video podcast, West took up the post on November 7 after stints with retailers such as Lowe’s Canada/Rona, Walmart and Canadian Tire. 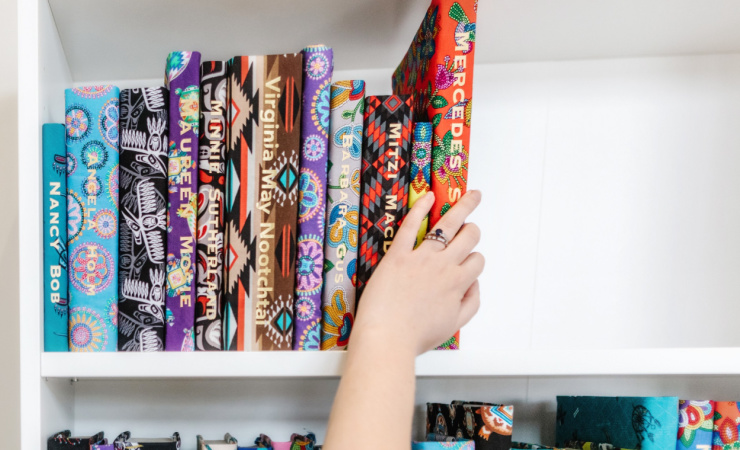 One-on-One: a conversation with Eric Buchfink

BRIGHTON, Ontario – In the latest episode of One-on-One, HGO publisher Michael Knell, chats with Eric Buchfink, founder and chief executive officer of Mattress Mattress. In many ways, this video podcast is a follow-up to the profile published in the summer edition of the HGO Merchandiser.

In a wide-ranging exchange, Buchfink details what sets Mattress Mattress (MM) apart from its competitors – it’s a combination of how they operate the business, how they manage relationships with their employees and how they interact with the customer. Everything they do is designed to improve efficiencies and, ultimately, make money.

In chatting with Buchfink, it becomes obvious almost immediately here is a man who thinks about his business and who has surrounded himself with a more than capable senior management team which includes his sister, Lori Fecho, her son Matt (who, by the way, was HGO’s first National Retail Salesperson of the Year in 2017) and his son, Eric. Lori – who originally drafted the retailer’s well-known Beducation program – is MM’s vice president of human resources and Eric’s right hand. Matt is vice president of sales and marketing while Eric is vice president of operations and the company’s import division.

He also tells us a little about how he got into the business – his career before founding Mattress Mattress in 1994 and his hopes for its future. He discovered he wasn’t cut out for his original career ambition to find success in Calgary’s real estate market before settling down as a senior executive for the now-defunct Campbell’s Home Furnishings, which in the 1980s was a major player in Alberta’s furniture market.

Buchfink has a lot to share and this episode of One-on-One may prove to be one of the best we have ever broadcast. I hope you enjoy it.

LFL reports declining sales and earnings for the third quarter

“Despite the prior year’s quarter being a record for the company in terms of revenue, the current quarter compares favorably to the company’s historical results before the COVID pandemic began in the early part of the 2020 fiscal year,” LFL president and chief executive officer Mike Walsh said in his report to shareholders. “The company is continuing to show increases across all product categories for the three months ended September 30, 2022, when compared to pre-pandemic results.”

Outside observers noted that like other major brick-and-mortar retailers, LFL’s e-commerce platforms also took a hit during the third quarter, according for an estimated 10.9% of sales, roughly $72.2 million. For the comparable period, e-commerce accounted for an estimated 20% of sales or $136.6 million – a year-over-year decline of 47% – which they noted was partially offset by in-store sales growth as consumer shopping habits continued to normalize following pandemic gyrations. 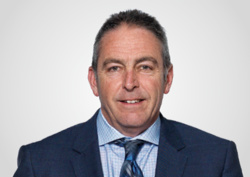 “Moving toward year-end, we expect the market to get more promotional as inflationary pressures on discretionary income continue to impact consumer spending,” Walsh told shareholders. “Our results through Q3 provide further evidence that LFL’s scale and coast-to-coast integration put several levers at our disposal to mitigate the impact on the bottom line. With inventory beginning to flow more freely, we will continue to offer our customers a wide breadth of product across categories and price points, however and whenever they want to shop.

“While the next several months are likely to be challenging across the retail landscape, LFL is better positioned than ever to deliver results for our customers and shareholders,” he added.

MONTREAL – Direct-to-consumer sofa specialist Cozey is diversifying its furniture offering away from seating products for the first time, adding three tables including a modular lift-top coffee table, two models of modular media unit, and a height adjustable side table.

In a statement, the start-up said with convenience, elegance and affordability at the heart of its product vision, furnishing the rest of the living room was a priority and tables were the next logical move.

“We have been working on the three products for over a year now,” said Cozey founder and chief executive officer Frédéric Aubé. “We started with our customers in mind and went back to basics to meet their daily needs in the living room. We then worked on the elegance of the design and the price point to make sure we delivered the best value in the market.” 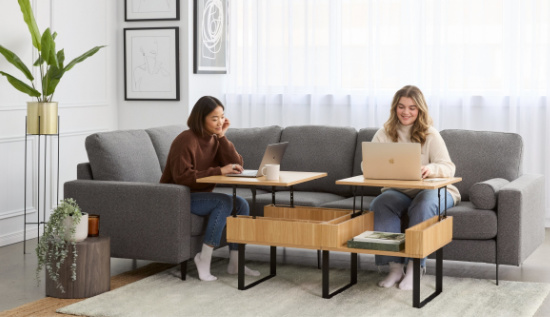 That’s what they did, introducing the height adjustable steel side table in steel at $180, with the lift-top coffee table starting at $210 and the media unit at $145. “With the quality and innovation that we offer, nobody comes even close to that,” Aubé said.

According to Cozey product designer Marjorie Lebreux, the customer is always in mind when working on new products.

“We solve problems with innovative designs for our customers. We make convenient furniture that they can use on a daily basis: it’s easy to assemble and easy to adapt to evolving needs throughout life,” she said, adding, “All these functional features are integrated to the most elegant design they can offer.”

The tables’ launch was Lebreaux’s first project since joining Cozey in September 2021.

The Stella collection, which comprises the coffee table and the media unit, is fully modular meaning any number of modules can be combined to form one piece of furniture. The coffee table lifts and locks into place to allow customers to work or eat. It also offers storage between the top and bottom trays.

When assembling a multi-module coffee table, customers can configure each tabletop to lift in different directions. The media unit either comes with or without a door for accessible, yet elegant storage options.

For its part, the Solis table collection is made out of industrial steel and offers a functional lever to adjust the height, depending on its intended use. Versatility is a synonym for all three pieces.

Like all Cozey products, they ship for free in all Canadian provinces and are guaranteed for five years.

Aubé said over the next few months and years, Cozey plans to release additional furniture collections and expand its offering to more rooms around the home.

This past June, the Caisse de dépôt et placement du Québec (CDPQ) invested $10 million in Cozey as part of a $15 million round of financing to support Cozey’s product development efforts as well as its future expansion into the United States.

TORONTO – Leon’s Furniture Limited (LFL), this country’s largest full-line furniture retailer, has entered a joint venture with Little Rocket, a digital agency based here, that will design and implement commercial solutions at the nexus of e-commerce and bricks-and-mortar to power consumer-centric shopping experiences.

In a statement, the publicly held company said the joint venture will bring Little Rocket’s experience together with its understanding of retail and omni-channel. The results will then be offered to North American clients.

Little Rocket specializes in e-commerce implementation and product development and is a noted Shopify Plus partner with over a decade of experience launching solutions on that platform. The joint venture will be owned 50% by LFL and 50% by Little Rocket. It is expected to close in the first quarter of 2023 with LFL retaining the option to purchase Little Rocket’s interest. 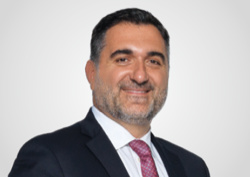 “Little Rocket has been instrumental in helping us build an omnichannel offering that gives our customers across the country a seamless experience whether they walk into one of our stores or begin that relationship with us online,” Constantine Pefanis, LFL chief financial officer said.

“We look forward to building a deeper partnership with Erik and his team,” he continued, adding, “This joint venture will ensure we have access to top talent as our omni-channel offering continues to evolve and we seek to consistently meet our customers where, when and how they want to shop. We also see a significant opportunity to leverage the strengths of both organizations to build a premier digital agency focused on bringing best-in-class solutions to clients across multiple industry sectors.”

In response, Little Rocket founder Erik Christensen said, “Over the past four years, we have worked closely with the teams across the LFL organization to implement and maintain the company’s current e-commerce platforms. LFL has an innovation and customer-focused culture that perfectly aligns with Little Rocket’s philosophy, and this is a natural partnership that will strengthen our ability to provide creative solutions in the space.

“Both companies see the need of continuing the advance into new areas and experiences where commerce channels intersect in the digital space. With our combined strengths and mutual experience, we have laid the foundation to build a leadership position in e-commerce and omni-channel solutions,” he added.

Founded in 2007, Little Rocket specializes in e-commerce implementation and product development. In addition to LFL, it has worked with some of North America’s most innovative organizations, from top-tier B2C brands, technology companies and leading merchants in the B2B space, along with a wide range of clients in the regulated industries space.

Related Story: LFL to build new DC and corporate office for The Brick

Over 8015 articles to explore!